Sev Widman was one of the early television kids show hosts in the Twin Cities.   He was a popular radio disc jockey and in 1953 he was working at WTCN radio.   This lead to his program on WTCN-TV called Sheriff Sev.

Here is a full page add from Broadcasting magazine in January 1953, promoting Sev, along with several other disc jockeys. 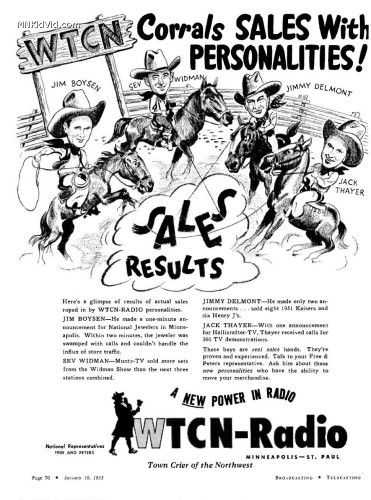