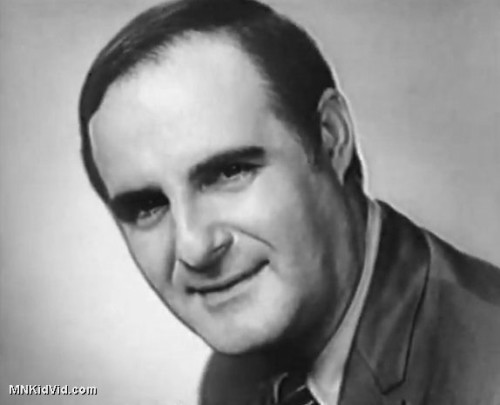 John Gallos is best known to viewers as Clancy the Cop on the long running Clancy and Willie show on WCCO television.   His career spanned more than 40 years at WCCO and included news, public affairs, and religious programming, in addition to children’s shows.

Gallos was born in 1923 and grew up in Minneapolis.   He graduated from North High School in 1940 and joined the army during World War II.  He was part of the Army’s 66th “Black Panther” Division and worked with Armed Forces Radio.   Following the war, Gallos attended Macalester College with future TV personalities Roger Awsumb and Chris Wedes and he joined KYSM radio in Mankato. 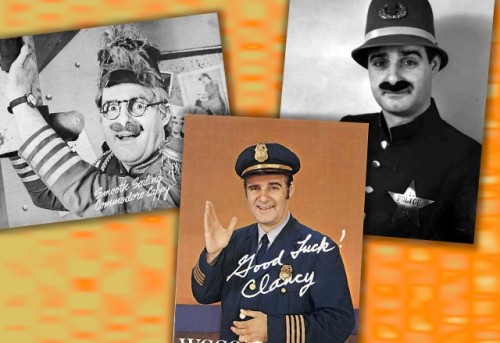 He started at WCCO-TV in 1950, along with Dave Moore. In 1951 he hosted a Sunday morning talk show called News and Personalities. In 1957 he began hosting children’s programming on WCCO on Bugs Bunny Time with Commodore Cappy. This evolved into Clancy the Keystone Cop in 1959 and later Clancy the Space Cop in 1962. Eventually he settled into the familiar Clancy the Cop role with Allan Lotsberg on Clancy and Willie which ran from 1963 to 1977.

From 1970 to 1985, John Gallos hosted Laurel and Hardy movies on Sunday mornings.  He also hosted a long running community service program called Jobs Now. His religious show Sunday Morning with John Gallos ran for 31 years from 1963 to 1994. He retired from WCCO in 1996.    Gallos was inducted into the Minnesota Broadcast Hall of Fame in 2002.

Here’s John Gallos as Clancy the Cop at a personal appearance in the 1990s. He was always happy to meet his fans who grew up watching him on WCCO-TV. Sadly, John Gallos passed away at the age of 82 on November 15, 2005.