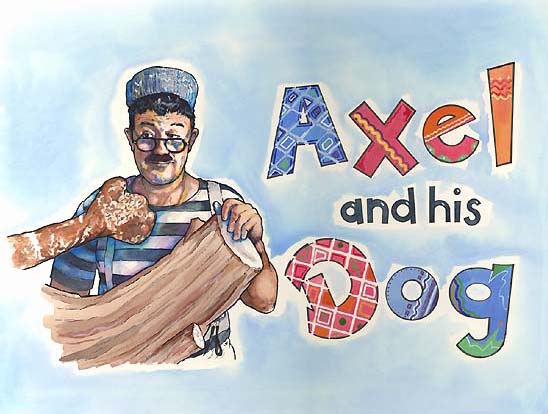 On Thursday August 5, 1954,  Axel and His Dog starring Clellan Card premiered on WCCO-TV (Channel 4) in Minneapolis / St. Paul, Minnesota. Axel, a wacky Scandinavian, had been a staple of Clellan’s radio act since 1937 but this show marked his debut as a children’s television character. The program initially featured only Clellan as Axel plus Old Log Theater director Don Stolz playing Axel’s wordless dog Towser — but soon the talkative high-strung feline character Tallulah, also played by Don Stolz, was added to the cast. Later Mary Davies as Carmen the Nurse joined the company, and by 1963 she became Axel’s co-host.

Here is a collection of material featuring Axel and related to his television show.