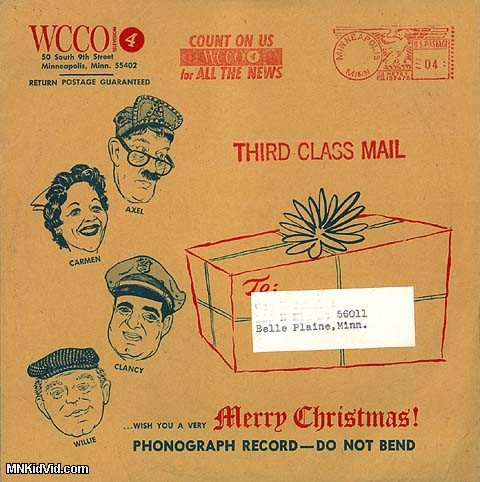 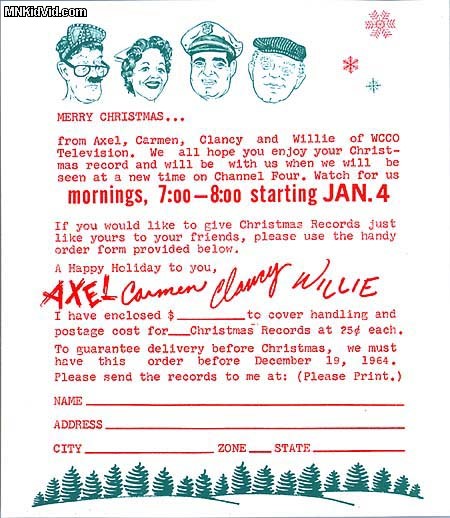 This insert came with WCCO-TV’s Christmas Record in 1964, offering additional copies of the disc for just a quarter each! There were two variations of the insert: one that announced their new morning schedule (shown above), and an earlier one that listed the shows in afternoon time slots. 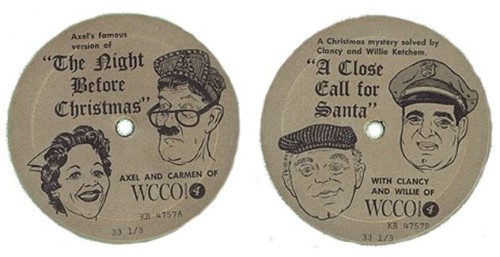 The labels of the Christmas Record featured the same deft caricatures of Axel, Carmen, Clancy, and Willie that adorned the mailing envelope. They were created by WCCO-TV staff artist Glenn Devery.