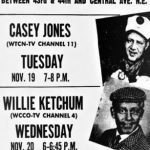 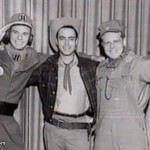 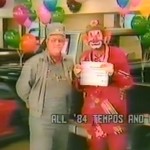 I posted this on the Lunch With Casey site last week: Every so often you run into something really cool. Here is an old TV commercial featuring Roger Awsumb as Casey Jones and Daryl Laub as T.N.Tatters. This dates to 1983. Daryl Laub played Skipper Daryl and J.P. Patches on WTCN from 1954-55 where he […]