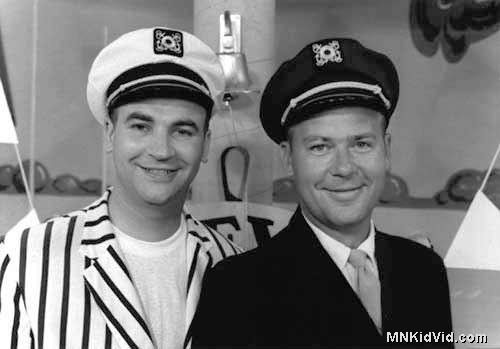 Captain Bob White (Bob Montgomery) was the co-host of Popeye’s Clubhouse along with Captain Dale Woodley.

Robert Leo Montgomery was born in 1928 and had a long career in broadcasting using the name Bob White. On WCCO radio, he was known as Big Bill Cash. He was a motivational speaker, and the moderator of The Christophers, a TV show based on the teachings of Father Keller. He passed away in 2005 at the age of 77.

Charles Dale Woodley was in 1927 and attended the University of Minnesota, working on the campus radio station and graduating in 1952. He passed away in 1978.