Dave Lee is fondly remembered for Pete the Penguin and his many other puppets from his programs on WTCN and KMSP in the late 50’s and throughout the 60’s.   But Dave Lee spent much of his early career in Fort Wayne, Indiana, where he was an announcer and broadcast journalist. 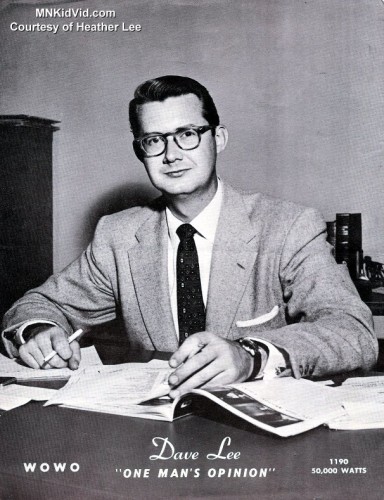 Here’s a photo of Dave Lee from his WOWO in Fort Wayne, where he hosted a show called One Man’s Opinion.    Dave was at WOWO from 1944-46. 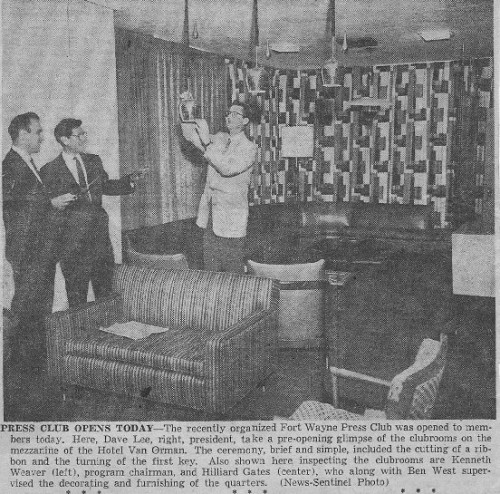 Here is an undated news clipping announcing the opening of the Fort Wayne Press Club.  This may have been from the early to mid-50s when Dave was working at WKJG.   Hilliard Gates was a popular sports announcer at WKJG at the time Dave Lee was at the station.     Dave worked at WKJG from 1948 to 1958.    He transitioned from radio to television in 1953.

Dave Lee told me he had created his animal characters while working in radio at WWCO in Waterbury, Connecticut, which would have been in 1948.    He popularized them while working at WKJG radio, and then introduced them as puppets to his television audience in 1953.

Kevin Beuret remembered Dave Lee on WKJG in a letter to the Fort Wayne News Sentinel, dated November 3, 2005.    He wrote: “Does anyone in Fort Wayne remember Dave Lee? It’s sort of a trick question, because unless you’re 60 or so years old, you wouldn’t have the slightest idea who Lee was.   For those of us old enough to remember him, Dave Lee was a radio and TV personality at WKJG back in the early to mid-1950s. He had a delightful children’s program called “Uncle Dave and Pete,” which, if memory serves, was broadcast weekdays at 4:45 p.m. Uncle Dave’s humor was wacky and gentle at the same time (“Don’t keep me in suspenders” was one of his classic lines), and he made a perfect straight man for Pete the Penguin, for whom Dave supplied the voice. (Just for the record, Pete had the hots for Betty Grable, which was about as racy as kids’ shows got in those days.) In the early years of WKJG, Channel 33, there was a Saturday-morning “Uncle Dave and Pete” show, but it was a disappointment. A hand-puppet Pete couldn’t measure up to the image of Pete we kids had created in our imaginations.” 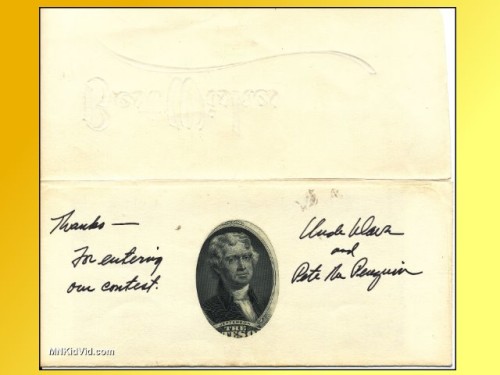 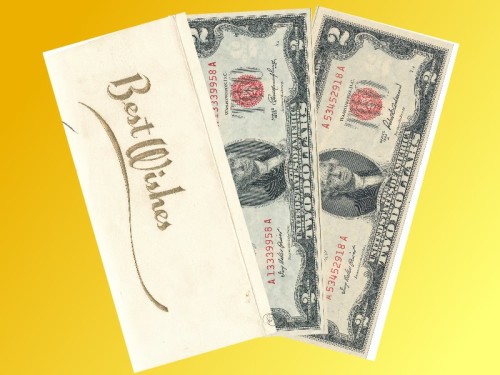 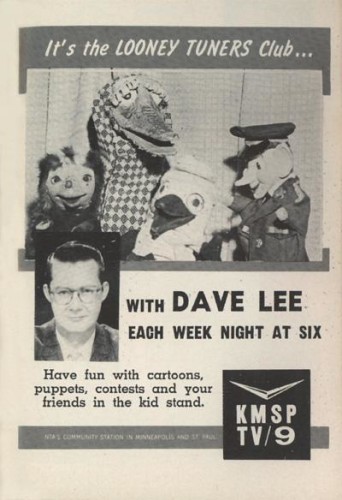