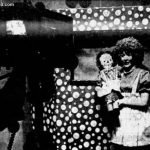 A March 1967 newspaper article on Twin Cities children’s programs briefly mentioned a show called “Miss Barbara” hosted by Barbara DeValerio. It was described as  “Barbara De Valerio of the St. Anthony School District uses puppets to present short reviews of new children’s books.” The program may also have been known as “Sunday Storybook.” A […] 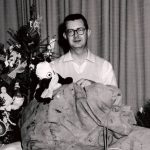 This photo appeared in TV Times, dated December 21, 1963.    It was featured in an article called “Holiday Fare with Local Glare.” Christmas is especially for children — of all ages — and some shows are geared for the younger set.  More than 100 children of employees of WTCN (11) will comprise the audience […] 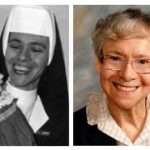 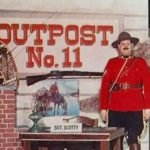 This is a rare image of Jack McKenna as Sgt. Scotty.  McKenna had been a kids show host in Duluth as Captain Q.  Sometime around 1962, McKenna joined WTCN, channel 11.   I’ve had difficulty finding out any specifics about the show.    It may have been a program that ran on Saturday afternoons.   […] 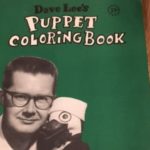 Dave Lee produced a coloring book featuring many of his puppets.   I’ve been looking for one of these for a while.   Thanks to Sandy McManus for sending this along.  I’ve done a couple quick photos to share here.   I’m not sure when this was produced, but the price on the cover is 39 cents.   The […] 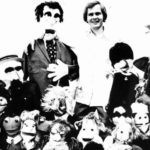 Phil Johnson passed away at the age of 69 on August 30, 2016.   Phil was the puppeteer on The Happy Hour which ran from 1970 to 73 on WTCN, channel 11.   Phil performed as “Fred” and the various puppets opposite the host, Henry Novotny.   After the cancellation of the show, Phil joined Roger Aswumb as […] 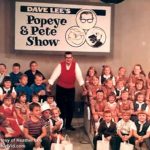 My memories of the Dave Lee Show are from the last few years the show was on television.   I recalled that the show would end with a recording of a song called “So Long, It’s Been Good To Know You,”   but I was never able to find more information about it.   No one seemed to […] 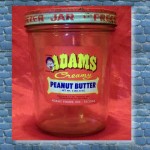 Chris Wedes played J.P. Patches on Channel 11 until 1958 when he moved to Seattle, WA.   J.P. Patches became a hit show throughout the Northwest, running until 1981.    Over the years, J.P. Patches promoted many products including Adams Peanut Butter.    This rare jar featured J.P. on the label and probably dates to the early 1960’s. […] 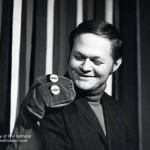 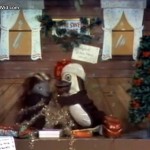 Here’s a very rare clip from The Dave Lee Show from Christmas 1969.   It features Pete the Penguin and Fragrant the Skunk. Special thanks to Heather Lee.   And one more clip from the show, featuring Omar the Alligator