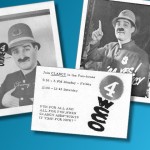 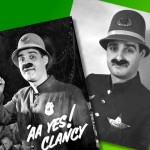 In August 1959, John Gallos premiered as a new character: Clancy the Cop. This first version of Clancy is now often referred to as Clancy the Keystone Cop, to distinguish him from the later better-known Clancy. Gallos borrowed some of the vocal mannerisms of Bob Hope’s foil Jerry Colonna for this character (“Aahhh, yes!”). This […] 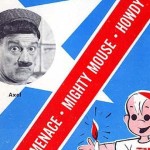