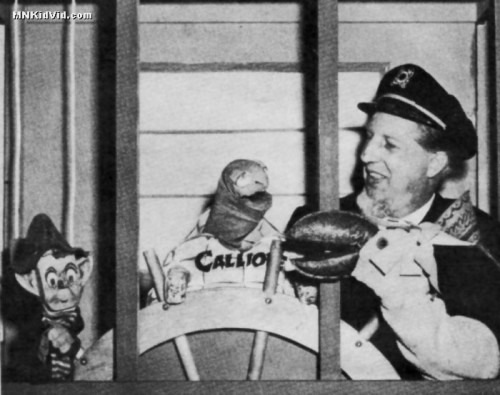 In 1960, Ken Wagner moved his show from WOC-TV in Davenport, Iowa to KMSP-TV in Minneapolis.  He actually hosted two programs.  The first was Kartoontime at 8AM, carrying the title of Dave Lee’s program.    The second show was Cap’n Ken’s Cartoon Showboat, which aired at 6PM.

These photos are from a 1963 magazine article.  The set is the same set used in Iowa, and the photos show the puppets Tommy Sawyer, Calliope the Turtle, and Flooglebird.  No Name the dog is also mentioned in the article. 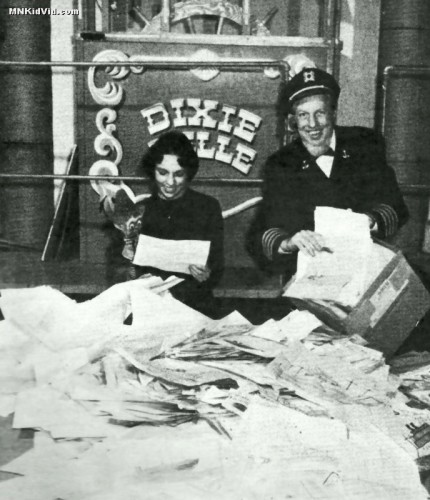 I don’t have a lot of information about these shows on channel 9.  My earliest memories are of the Grandpa Ken show which came a few years later.   If you have any memories of Captain Ken, please share them!