In 1955, Jim Lange was Captain 11 on Channel 11 in the Twin Cities.   This is a very rare premium from that show.   Apparently it was a “Rocket Ranger Kit” that you could send away for.  This small envelope was packed full of all sorts of cool things 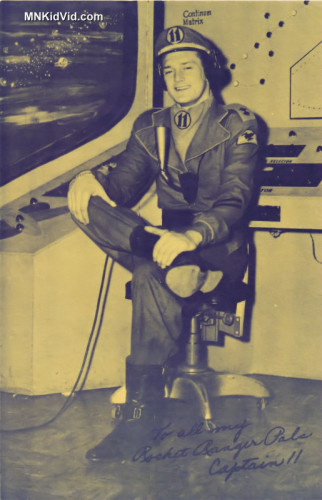 You got an official photo of Captain 11.   The printed inscription says “To all my Rocket Ranger Pals, Captain 11” 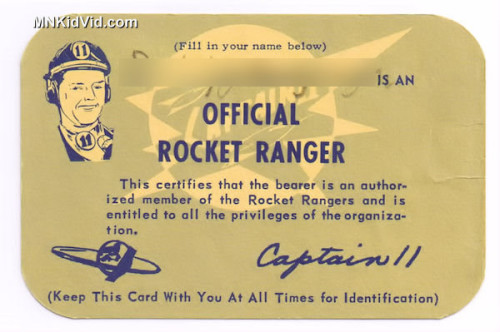 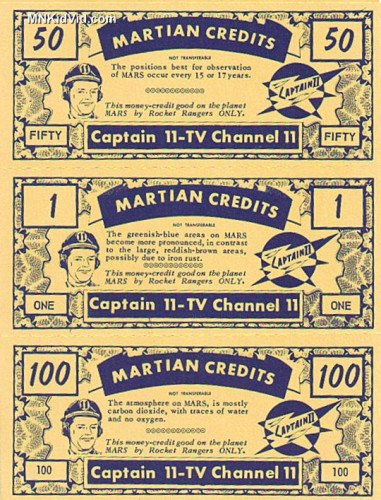 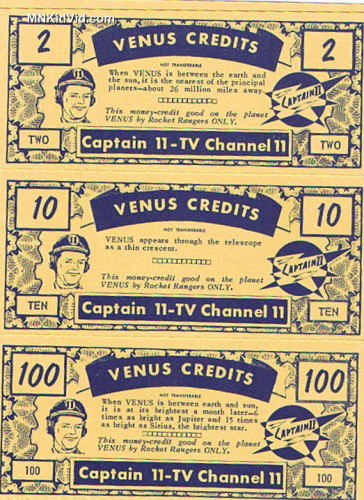 And of course, you get Venus credits too! 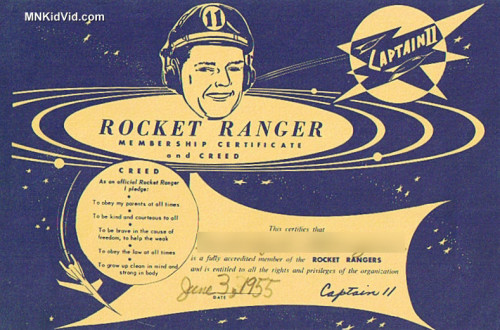 Here is your official membership certificate. 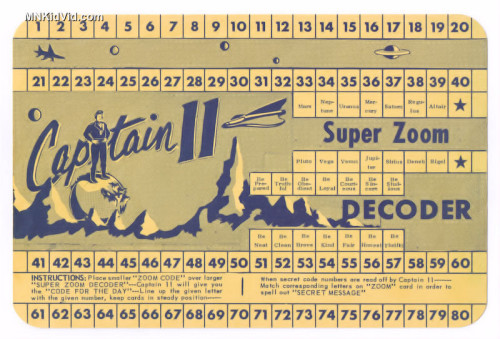 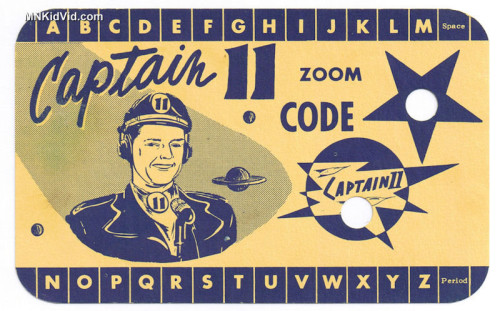 And you would eve get this really cool secret message decoder.   You would line up the holes in the bottom over numbers on the top.  The numbers would align over letters so you can decode a very special message from Captain 11.   I’ll share one of those mystery messages in a later post.