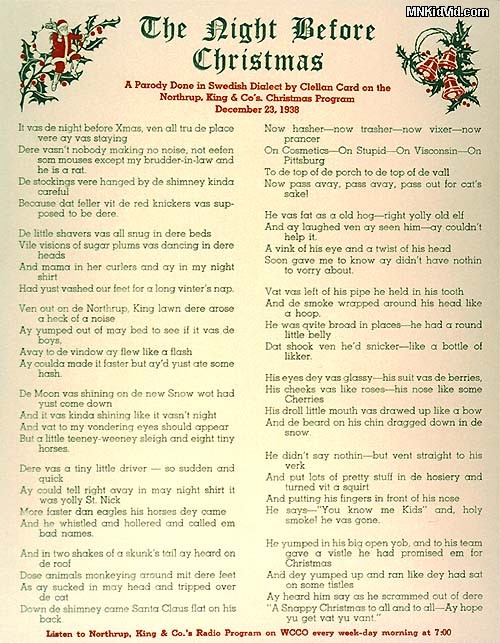 This is a transcription of Clellan Card’s 1938 parody of the famous poem, “The Night Before Christmas.” It’s likely that this was the first time that Clellan performed it publicly, and his recitation of it became an annual tradition that lasted until his death in April 1966. Note that in this transcript, the verse at the bottom of the left column and the verse at the top of the right column have been mistakenly transposed. It’s not known whether the transcriber or Clellan made the error.

A transcription disc of this first performance was recorded but apparently has been lost; fortunately, WCCO-TV issued another rendition on a Christmas Record in 1964. The two versions, recorded 26 years apart, are similar but they do differ somewhat.

To read the text of both versions, click here!