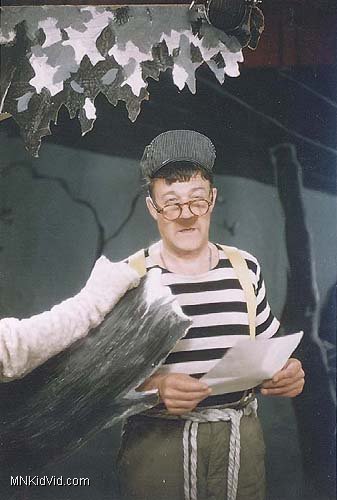 A rare color shot of Axel and Tallulah, circa June 1955. Notice that set designer Bill Dietrichson painted the set almost entirely in grays, since the program was broadcast only in black and white. 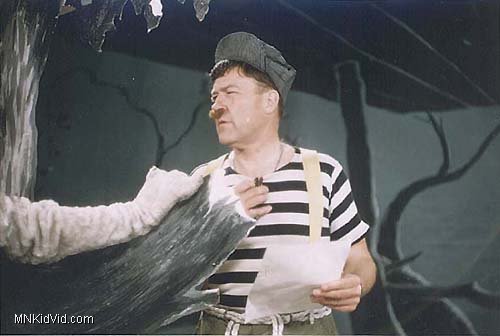 Another color photo of Axel and Tallulah, circa June 1955. Tallulah seems to have interrupted Axel when he was about to read the day’s mail. 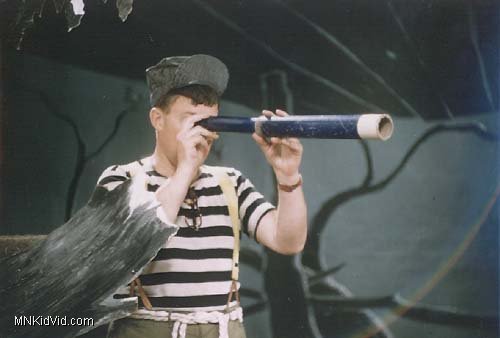 Axel looks into the forest with his trusty spyglass in about June 1955. This rare color photo reveals that Axel’s original spyglass — obviously a very sophisticated piece of equipment — was blue. 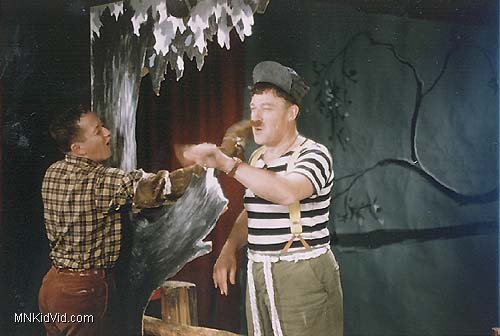 In another color photo from about June 1955, Axel waves goodbye to the kids at home, while Don Stolz as Towser pats him on the shoulder. Of course, Don was never seen by the television viewers; only Towser’s paw was visible to them.

All Axel photos from Julian West’s collection and courtesy of the Pavek Museum of Broadcasting, WCCO-TV, and Harry Jones.