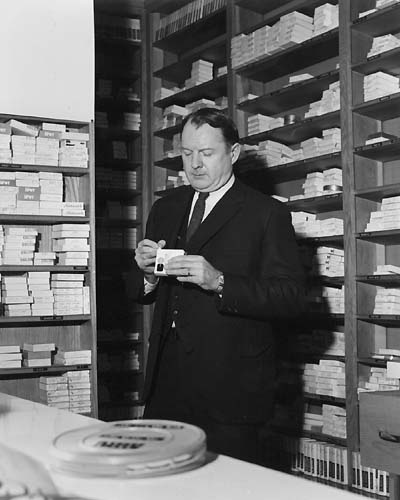 Harry Jones was the director of Axel and His Dog during its entire run from 1954 to 1966. He also directed most of WCCO-TV’s other children’s television shows, as well as a variety of other programs. 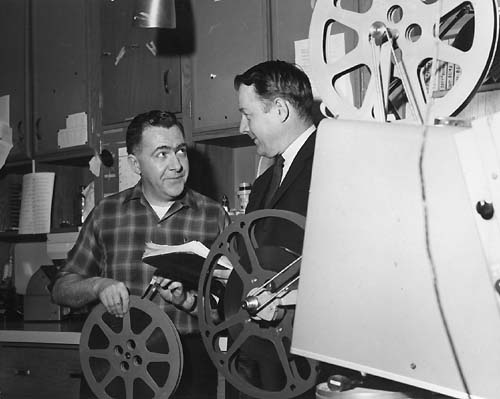 Here WCCO-TV film editor Claude Heisch and director Harry Jones are perhaps going over the day’s programming. It was Claude Heisch who ensured that the Axel shows on film were preserved, and so about 80 programs still survive today. 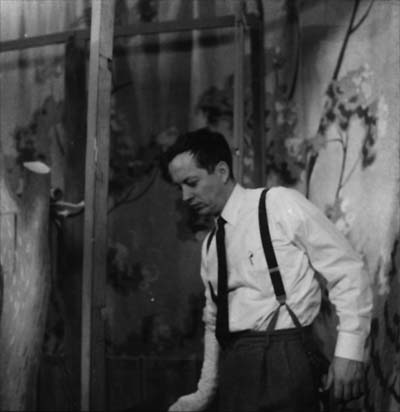 Don Stolz, director-actor of the Old Log Theater in Excelsior, Minnesota for more than fifty years, also played Towser and Tallulah on Axel and His Dog from 1954 until about 1962, when his workload at the theater became too great for him to do both. In addition to Axel and His Dog, Don worked on other WCCO-TV children’s shows of the 1950s, such as Fish ‘n’ Chips and Commodore Cappy.